This remained headquaters until moving to Farleigh, the current location in 1999. Piddingtons introduced the first funeral chapel to Armidale NSW in 1932. It was complete with seating accomodation, pulpit and organ amplification system, unique to the north at that time. 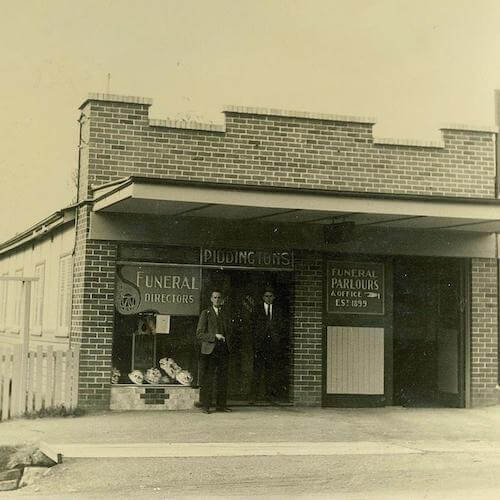 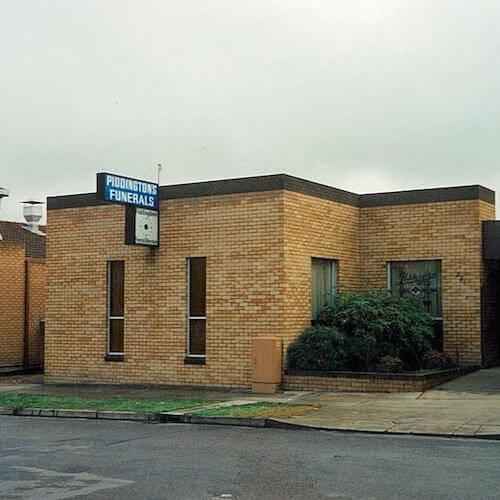 Entering into the fifth generation Piddingtons is a real family affair. Succeeding George William Piddington who founded the firm in 1899 came his two sons Bill and Allan. Bill’s sons Lloyd and Max entered the business in the 1940’s and Lloyd’s three sons, Allan, Graham and Ron also joined the firm. After 1991, Lloyd,  Allan, Ron and Ron’s wife, Helen have continued to run the business, with Lloyd retiring in 1996 his grand child Sam, (Ron & Helen’s child), has continued on carrying the family legacy in the business from 2008.

Originally the business operated with a horse drawn coach and the first car to be used was purchased around 1916 and became known as Belt Driven Little Giant. Mr Piddington was never very confident about its reliability and always had a horse drawn hearse at the ready in case it was needed. However, the firm claimed the distinction of having introduced the first motor hearse in New South Wales. Now Piddingtons has a fleet of cars and premises the original founder could not have imagined.

Serving the Community for over 100 years

At Piddingtons, we understand that losing a loved one is both a difficult and meaningful time for those they have left behind. Piddingtons have been serving the community during times of need for now five generations. Our professional and experienced staff are here to guide you through the decisions that need to be made and offer you understanding and support. The funerals Piddingtons carefully arrange are meaningful and personal and tailored to your individual requests and needs.